70% Of Capable Students Are Failing Mathematics. What Can We do? 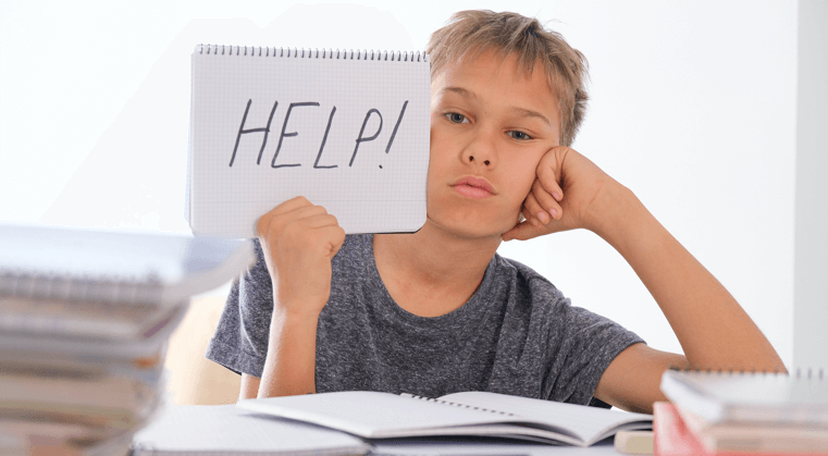 The unintentional ‘How did you fare with school mathematics?’ survey.

For four decades, once people discovered I was a mathematics teacher, they would commonly unload their school mathematics experience onto me. This is despite me never asking them to do so!

Poignantly, the most common response was along the lines I was hopeless at mathematics.

At least a hundred people must have summarised for me their school math experience, and at least 70% have been of the type I bombed at mathematics.

Granted, this is far from solid research. Nor is the sample space large. Nevertheless, when I share this anecdote with other maths teachers, they almost universally agree that of the many people who also share - uninvited - their maths experience with them, 70-ish% state they never understood maths at school … they hated maths … they bombed at maths.

But does this mean that all 70% failed?

In case anyone is suggesting ‘Just because an adult says they were hopeless at school maths doesn’t mean they failed’, let me state the following for the record:

My conclusion, therefore, is that a majority of people fared poorly with mathematics they were capable of mastering when they were at school.

What types of maths?

The very pertinent question is - What types of mathematics did this majority of responders struggle with? Was it with Yr 12 topics such as locus, matrices, imaginary numbers and integral calculus?

No! Clearly, those who claim to have bombed out never made it to the higher levels of school mathematics. Rather, they failed to cope with simple topics such as fractions, decimals, percentages, basic algebra, Pythagoras, indices, right-angled trigonometry and pretty much anything with a formula.

In other words, we are talking about junior high mathematics! And when we break junior high maths into concepts, we discover that none of it is difficult! Nevertheless, it seems that, arguably, 70-ish% of people found their junior high school mathematics to be a perplexing experience.

Houston, we have a problem!

It must be stated that all this is despite the extraordinary efforts of hard-working, determined mathematics teachers who are genuinely doing their best to make a difference in their classrooms.

My teaching experience - which has been somewhat unique - backs up this hunch. Sure, I was the teacher for 50+ maths classes and had some 100 others under my care as a Department Head. However, a more poignant window into what is going on for students in mathematics lessons comes from casual (substitute) teaching.

Early in my professional career, I spent a decade being nomadic. This resulted in me spending one or more lessons inside some 200 maths classrooms across South Australia, the Northern Territory and New South Wales. An eye-opening experience, to say the least! And my experience is absolutely in line with the hunch that 70-ish% of students are not coping with junior mathematics.

Again, this is far from solid research. Regardless, it's a ponder-worthy hunch.

And yet, cognitive scientist Daniel T Willingham states in his article Is It True That Some People Can't Do Math?, that the vast majority of people are fully capable of learning K-12 mathematics (Willingham, 2010, p. 1).

My reading of the article is that even though Willingham references K-12 mathematics, he is, in fact, referring to junior mathematics. Quote: Virtually everyone is fully capable of learning the numeracy content and skills required for good citizenship: an understanding of arithmetic procedures, algebra, geometry, and probability deep enough to allow application to problems in our daily lives.

His statement is rigorously argued and backed up by research.

Where we are up to in this article

The first part of the title (70% of students are failing at mathematics they are capable of mastering) ...

I have argued, albeit, in an unusual way, that 70-ish% of students are likely under-performing at mathematics. And by inference, Willingham provides the research to state that most of these 70-ish% are fully capable of the mathematics they struggle with and fail at, namely, junior high maths - fractions, decimals, percentages, measurement ... pretty much anything with a formula!

We have established that there is a problem. The question is, what can we do about it.
But first, to handle the obvious objections ...

This is outrageous. You're pulling numbers from thin air. It's not research

I get it - this is far from a research-backed article. This is simply a 'let's have a ponder' article.

But, for those who are vehemently disagreeing, by inference, you are claiming that the percent of students who are significantly under-performing is much less than 70%.

So let's pick a number - How about 40-ish% of students are under-performing?

If 40% is your figure, then this means you believe 60-ish% of students genuinely understand and are fluent with fractions, decimals, percentages, integers, Pythagoras, trigonometry, straight-line graphing, measurement, 3-4 step algebra work and all other forms of junior high mathematics.

It also means that if you were to spend a couple of lessons in each of a thousand western-world mathematics classes, randomly selected, you are confident you will see 60-ish% of students understand and be fluent with the aforementioned junior mathematics topics.

After that little thought experiment, I'll stick with my original figure of 70-ish%.

As I establish in the article, Why Students Need ​To​ Understand​ Mathematical Concepts Before We Teach Them Procedures and in articles on the Understanding-first approach (linked below), the key to having more students perform better in mathematics is - surely - to improve their understanding of the concepts of the mathematics they are exploring.

It shouldn’t take an Einstein to conclude that a major reason for students not coping with mathematics must be a lack of mathematical understanding; specifically, a lack of understanding of the concepts any given piece of work requires students to deal with. And yes, this may have been happening from day one of their school mathematics experience.

Why We Need An Understanding-first, Procedures-second Mindset When Teaching Mathematics - here

Too Many Kids Hate Maths - here

Why Compartmentalising Is A Bad Idea When Teaching Mathematics - here

Could These Four Aspects Of Mathematical Understanding Change The Way We Teach Maths? - here

Are the heckles standing? Yes, this is an against-the-grain article. Yes, it's a bit of a poke at the bear. However, I do believe the conclusions are worth pondering.

I'd love to hear your views - whether you are vehemently opposed to these arguments  or wildly in agreeance. Or somewhere in between.