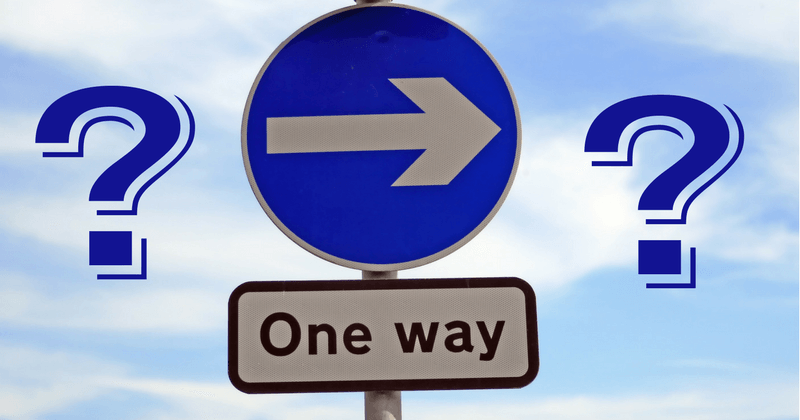 Procedural vs conceptual mathematics instruction discussed.
This is Part 2 of the interview-article which adds to the 'conceptual approach vs procedural approach to teaching mathematics' debate. You can access Part One here.

​The transcript of the podcast is provided below.

Is 'The memory game' the only way?

Colin: So, Richard we were talking previously about conceptual approaches to maths teaching vs. procedural approaches and something that you wanted to mention to me was the fact there are some qualifiers to that, it is not one or the other. Can you talk us through that?

Richard: Well, it’s not one or the other. If you research this on the internet and have a look at what people are saying, people get very, very hot on the collar about this; because, it is like there are two camps - and I think that people who react the most strongly are those who say procedural understanding is the most important because there are too many children today who don't know anything. And you can throw concepts at them as much as you like but they won't really know how to solve problems (without knowing the procedures).

Richard: Well, let me not rile those kinds of people up too much. I do suspect it is the conservative approach, you know? Yeah, I think there is a bit of defending of what's always been there but I can only speculate on that.
But what I have discovered, though - I’ve been promoting a type of conceptual approach to teaching mathematics a decade or so now, in various forms. Little parts of 1-day workshops and then full-day workshops and then more recently a whole online course - a 4-month guided learning journey mostly focusing on this conceptual approach. And it has only been over the last few years via the online version that I think I have been really successful in having teachers truly embrace what I’m presenting. But on reflection, I have realised that I sometimes give the impression that I am just promoting conceptual understanding because I don't talk about procedural understanding because we all know how to do that.
So, what I am saying now to teachers is “Don’t throw the baby out with the bathwater - but here’s the thing: The different between teaching maths with a focus on conceptual understanding whereby students are gaining ‘aha' moments as they gain understanding of the maths being tackled - so teachers doing this AS WELL AS teaching procedures … the difference between a teacher doing those two things and a teacher whose #1 focus is the procedures i.e. the way most of us were taught - the difference is massive. (By the way, listeners really need to have listened to part one before this one!)

Colin: Right.
Colin: Well, if you think about it that places an incredible burden on the students, doesn't it? If the only that they have to rely on is memory. Because if a student has an issue with their ability to memorise or if they have  problem with working memory in terms of knowing and understanding things as something's being explained for the first time, then we really are disadvantaging those students is we are not giving them the underline framework to trying to build up a first principles understanding of the concept.

Richard: When was the last time you were able to remember 6 different principles that, in your mind, were completely unrelated?

Richard: But in fact, these 6 are actually are all part of the same concept. And I think for most high school maths students - and I’m not talking about the ones who get to Calculus - most of them don't actually understand the concepts. And I often say this to high school maths teachers: "Guess who are the worst people qualified to step in the shoes of students who don't understand maths are?" We are the worst qualified. Because we all enjoyed mathematics at school. We find it easy. We lapped it up. And so we, as high school maths teachers, are the least qualified to step in the shoes of kids who actually don't understand maths.

Colin: How do people respond to you when you say that?

Richard: Well, they have never thought about it before but they don't disagree. They go, "Yeah. WOW, I haven't thought about that."

Colin: So, there is a second qualify for you there, isn't it? So, it is not just about the students having to rely on memory but having the opportunity to build up a foundation of conceptual understanding. But then the second part is about the teacher, isn't it? So, instead of a teacher having to be the ‘know-it-all’, or the source of all knowledge then this whole idea of the facilitator kicks in again.

Richard: Well, yes. And you know this whole idea of a conceptual approach to teaching mathematics is such broad topic - it can be a minefield! To ten different people, it can mean ten different things. But I’m not talking about ten different things. I am trying to articulate from my experience what it is and how it works.
But one of the definite things that happens - and I have to say - I don't know how to approach teaching mathematics conceptually without it also being linked to a somewhat student-centered approach. And so I have courses where the two run hand in hand together.
But here is the thing. I recently, and I was listening to one of your esteemed podcast guests and I was rather staggered to find out that a lot of people assume that a facilitator - which is what a student-centered approach requires - you need to become a facilitator - and the common educator view apparently is that a facilitator role is a passive one. And I didn't realise that's what people thought. Because it's never been a passive role for me. In fact, I would say that conducting conceptually-based, student-centered unit of work is way more active for me than when I was a teacher-directed teacher. It’s a very active role. And so that shocked me a bit. So I though I should qualify this because I have been using the term ‘facilitator’ and I don’t want people to think I’m referring to a passive role.
So, that was my other qualifier - a conceptual approach is more student centred and it does involve teachers being a facilitator. But that can look like a tutorial session times 25 - where you are literally giving a lot of individual and small group input, but it is mostly direct input to what students need at any one time. So, that was the second qualifier that I wanted to make.

Richard: Absolutely! And the humbling thing - and I’m almost ashamed to say this - but the humbling aspect is that when you first switch to this facilitator model and you really asking kids some detailed question, you start to find out what they really know. And with some of them you discover very clever little people who, under the traditional model, you assume to be very average, C-grade type students.
So, when you are using more open-ended activities, more inquiry-based activities, yes it is very much about questioning and you have to sort of put the gaffer tape over your mouth to stop you from destroying their learning opportunities, because you just want to show them the path to the answer. But what you need to say are things like: "Why did you do this? “Have you thought about that?” “Tell me what your thinking is here.” It is a whole other skill. And it is wonderful but it is a very different teaching approach. But it is wonderful to hear stories from teachers doing this for the first time. They say things like “Oh my gosh - it was like I was teaching for the first time again. And it was so wonderful to discover so much more about what the students did and did not understand!”

Colin: So, let's say we have got some maths teachers listening and thinking "Well, I think I am more one way than the other. You know I think I am more procedural than I am conceptual". Or maybe you have got a teacher who thinks "Oh no actually conceptual is the whole way to go but now you are suggesting that you know procedural has some benefit as well." What are some tips that we can give to find a little bit of a balance here for one to go from one extreme to the other or maybe just to sort of even it up a bit. How do you start?

Richard: Well, as I have mentioned previously, I have been presenting these ideas in various formats for a decade but it's been only the last couple of years that I have put it all together in a 4-month, 12 hour, guided learning journey that people can access 24/7. (Now called (Engagement: Winning over your mathematics students’) And so because the course is designed to bring about tangible change through a more conceptually-based, student-centred approach I deliberately throw out ideas - during the early part of the course - to have participants think and react. I want them to react. And some teachers will say: “Well that all sounds great but I can't see how it can work?” Or “I just don't have enough time”. Or whatever. And I always reply, “Look, thanks for that. That's fantastic - because that's a really common response and I’m really interested to see what you are thinking by the end of the course”. Because I am!

Richard: I tend to say “Stay tuned, there’s a lot more coming and it will all fall into place soon”.  Everyone ends up being at least pretty enthusiastic by the end of the journey. So, did that answer your question like I don't know if it did?

Colin: I think it did.
Subscribe to Learn Implement Share
Subscribe to receive free tutorials, information and to stay in touch
​​​Comments anyone? We'd love your thoughts at the bottom of the page. (Your email address will not be required)
Return to the blog menu